Courage is appreciated and admired universally, enabling people to uphold their values and accomplish goals despite difficulty or obstruction.  The ancient philosophers, Aquinas and Aristotle included courage with prudence, justice and temperance as the four cardinal virtues.  As society has evolved, so too have the definitions of courage.  In these multiple definitions, scholars have debated the subjective nature of courage – for example, what one person might deem a courageous act, the next person might not; also, what one individual sees as a moral action, others may deem to be ‘bad courage’.  Additionally, the tenuous nature of the role of fear has been debated, with some scholars arguing that the obstacles to acting courageously lead to feelings of fear, whereas others argue that fear is not a common feature of courage.

The definition of courage used here – an intentional, constructive or moral action taken by an individual in the presence of perceived personal risk and uncertainty of outcome (personal or organisational) in order to resolve or avert an organisational dilemma – combines general definitions of courage with those aimed at the workplace.  It specifically minimises bad courage by the inclusion of the need for constructive or moral action, and by directing leaders to be intentional which requires reflection and planning.  This reflection and planning is intended to guide the leader to critically assess their goals to ensure that these are not harmful to the leader, other parties, or to the broader organisation, and will also help the leader assess the degree of associated risk before embarking on the courageous action.  This definition acknowledges that the uncertainty of outcome may be for the individual or the organisation, and that the courageous act may be taken to resolve an existing dilemma or to avert one that is foreseeable.  This definition focuses on moral courage – that is, courage that involves expression of authenticity for justice and service for the common good – as distinct from other types of courage, as it aims to prevent workplace scandals.

The Benefits of Courage.  The demonstration of courage provides a number of individual and workplace benefits.  These benefits include the creation of positive energy and improved motivation; increased accountability, conscientiousness and empathy; increased resourcefulness and goal attainment; increased self-confidence; increased willingness to learn from mistakes; increased healthy relationships and inclusiveness; and increased inspiration to act courageously after witnessing acts of courage by others.  Additional benefits include increased leader performance, business results and organisational integrity.   As these studies attest, courage enables individuals to live a full life, and hence is a key contributor to wellbeing.

References can be found here. 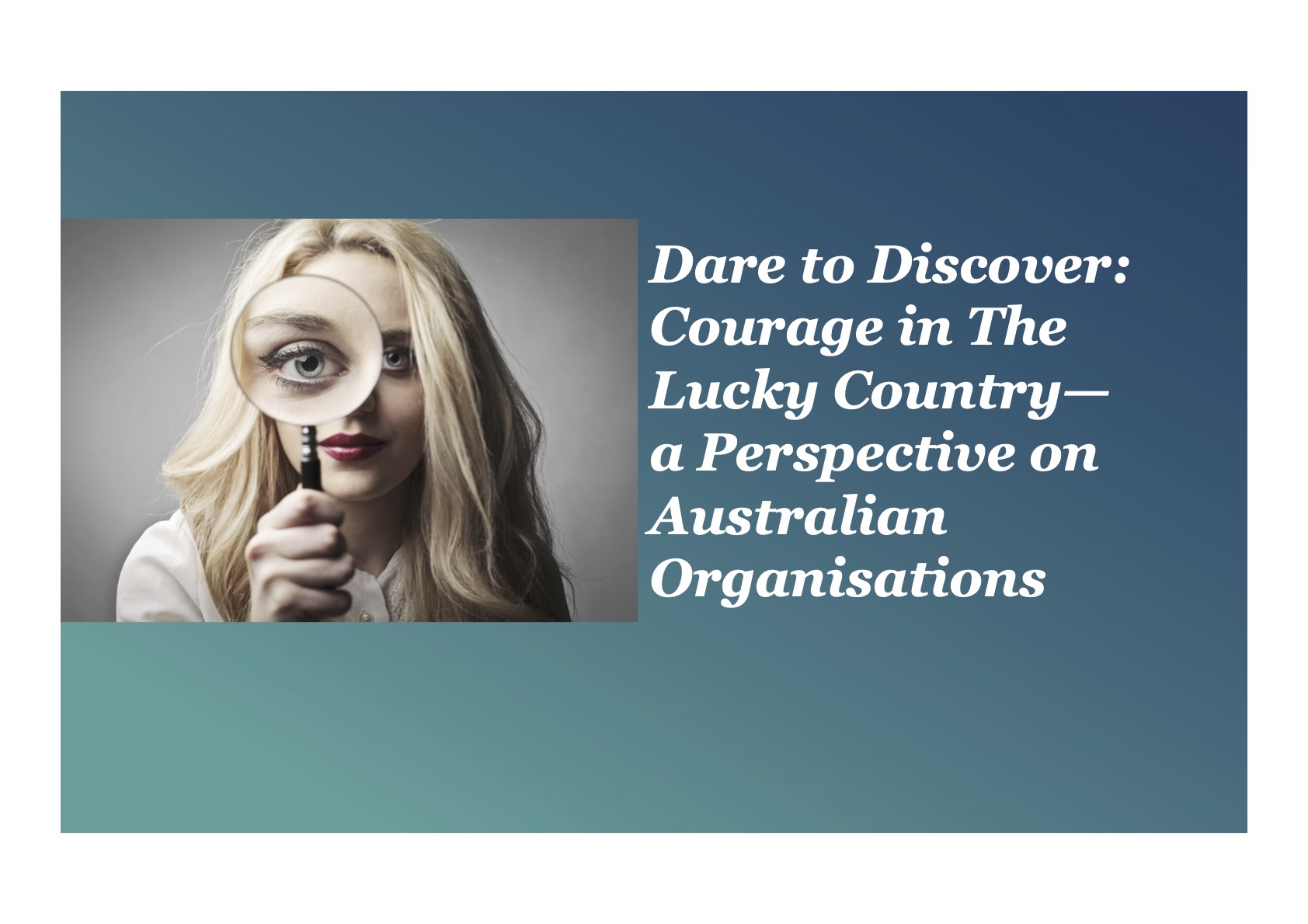