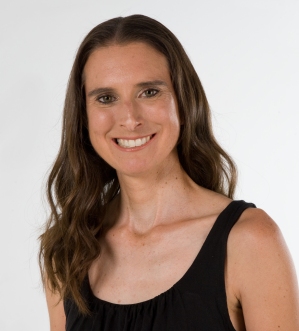 Dr Peggy Kern is a Senior Lecturer at the Centre for Positive Psychology within The University of Melbourne’s Graduate School of Education.  Her research focuses on understanding, measuring, and supporting wellbeing across the lifespan.  She works with schools and workplaces, and considers strategies for bridging gaps between research and practice.  She has published 2 books and over 60 peer-reviewed articles and chapters.  You can find out more about Dr Kern’s work at www.peggykern.org

Join us as Peggy explains the difference between courage and bravery, and openly and candidly speaks about courage …

Courage and bravery are often used interchangeably, but I would define the two in slightly different ways.  Courage requires bravery, but bravery is not necessarily sufficient to be courageous.

Bravery to me means doing the things that terrify you.  I’ve always had a fear of speaking in front of people, traveling to foreign places, the dark, and taking risks in general.  And yet rather than living in fear, something drives me to move forward anyways, doing the things that scare me most.  Such a perspective has given me quite an adventure-filled life.  I’ve done so many things I never could have imagined – traveling around the world, giving talks and keynotes to a variety of audiences, holding my ground amongst brilliant minds that I can’t even begin to compete with, and numerous other experiences that keep friends, family, and colleagues entertained.

Courage to me means acting with integrity and standing up for what you believe is right, even if others disagree or there may be personal or professional consequences.  It means going against the flow, not for personal gain, but for the benefit of others.

I’ll speak to what I see as courage in academia.  While universities claim to value collaboration and support, the reality is that too often, academia can be rather brutal, filled with a dangerous combination of people with high intellects, big egos, and institutionalised pressures to conform to a narrow definition of success.  The publish or perish mantra is very real.  I see people cut corners, make unsubstantiated claims, take credit for work they never did, and so much more – all to build personal fame and advancement within the ivory tower.  Courage within that environment is taking the time to do research right, even if it takes a long time.  It means being transparent with what you do, and being willing to admit to making mistakes along the way.  It means resisting advancement if it means destroying others along the way.  Academia is a game.  It’s a long climb to the top, but once there, the power corrupts people.  Courage is understanding the game without becoming a part of it.

Please describe 1or 2 examples of times in which you have been courageous.  What did you do?  Who/what enabled you to be courageous?  What was the outcome?

I was a postdoctoral fellow (post PhD) at an Ivy League university in the US.  I was surrounded by successful people – stars in the field that others look up to. In such an environment, there is immense pressure (and many examples of) to get ahead at any cost, using others for self-advancement.  I had an opportunity to lead a project that targeted building the wellbeing of an entire community.  I connected with several other groups, and worked hard to set up a collaborative approach that would involve the expertise of our centre, but ensure proper credit and funding went to several other groups. But as talks proceeded, my superiors made it clear that they had no intentions of being involved in a collaborative approach.  We would run the project, taking the funds and credit for all.  I was faced with a dilemma.  I had all the inside information from the other groups, and could easily write a proposal that would land the project, getting the funds, and leaving them high and dry, all the while making my superiors happy and potentially fast tracking my career.  But that would mean knocking others down, breaking the trust that I had worked to develop with them.  It would put me ahead, at the cost of others.  It didn’t seem right.  And I didn’t believe that we alone had the right approach – I worried that such an approach would do more harm than good for the local community.  So I stepped out of the project.  The result?  Obviously, no funding, and no career advancement.  Perhaps it took me down a notch in some people’s eyes.  But those that I care about respected my decision, and I walked away feeling at peace.

It didn’t seem right … So I stepped out of the project … But those that I care about respected my decision, and I walked away feeling at peace.

Peggy can be contacted at:   Peggy.Kern@unimelb.edu.au

Her publications can be found here:   www.peggykern.org/publications.html

Peggy was my lecturer for the Capstone in Positive Psychology (MAPP).  Her expertise and experience, coupled with her genuine interest in developing others and helping all of us to be our best self was invaluable.  Throughout Capstone, Peggy was generous in her direction, her advice and her feedback.  She has been a great support to me, being available at every turn; thank you.  For this and more, I owe Peggy a fair few soy cappuccinos! @CourageChick